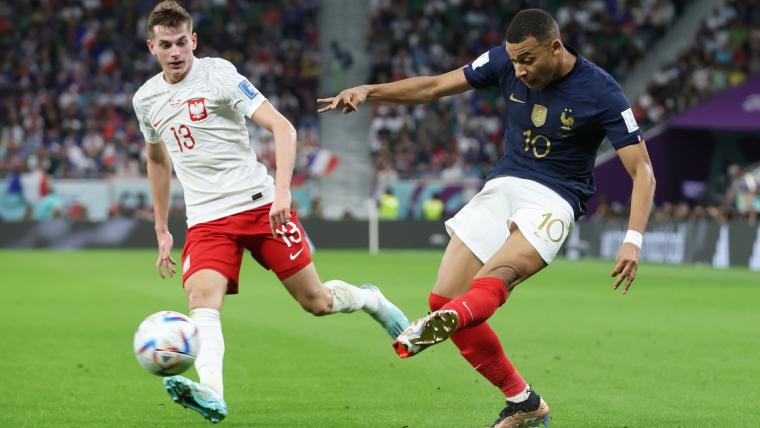 England forward Bukayo Saka joined Jordan Henderson and Harry Kane on the scoresheet as the Three Lions made Senegal pay for not taking their chances.

Henderson capped off a fine team move that began with some brilliant interplay on the left flank, as Kane played a perfectly-weighted ball in the path of Bellingham.

The Borussia Dortmund midfielder spotted Henderson making a late run into the box and found him with his cutback, and the Liverpool star made no mistake as he slotted home past Senegal goalkeeper Edouard Mendy.

Harry Kane then scored England’s second of the game, as Bellingham drove through the middle of the pitch and laid a pass for Phil Foden on the left.

The Manchester City star played the ball across to Kane who was free on the right and the skipper made no mistake firing past Mendy.

Foden then got his second assist when he dribbled the ball all the way to the byline before cutting the ball back to Saka, who lifted the ball over Mendy for a simple finish.

Senegal could count themselves unlucky not to be on the scoresheet, with a nightmare miss and some Jordan Pickford brilliance keeping the African nation at bay.

England will meet France in the World Cup quarter-finals on Saturday after an impressive demolition of Senegal at Al Bayt Stadium.

Gareth Southgate’s side survived a nervy opening in which goalkeeper Jordan Pickford made an outstanding save from Boulaye Dia to run out convincing winners with a powerful display of attacking strength.

Jude Bellingham was England’s star man, setting up the first goal for Jordan Henderson with a perfect cross after 38 minutes then having a hand in the second on the stroke of half-time, combining with Phil Foden as captain Harry Kane powered home his first of the tournament.

It left Kane just one behind Wayne Rooney’s all-time record of 53 England goals and he now has the perfect stage here in Qatar to write a fresh page in the history books.

Foden was the creator once more as England wrapped the game up in the 57th minute, crossing for Bukayo Saka to show great awareness and touch to flick a delicate finish past Senegal goalkeeper Edouard Mendy.

It capped the perfect night for manager Southgate, who opted to restore Saka and keep faith with Foden, leaving out Marcus Rashford despite his two goals in the win over Wales. Raheem Sterling was not considered as he dealt with a family matter.